Cusco, Peru is a stunning city rich with history, charm, and beauty. Between 1400 and 1534, it was the religious and administrative center for the largest empire in the Americas- the Incas. It sits high in the mountains at over 11,000 feet above sea level and today, the Cusquenan people maintain the traditional customs and events typically taking place in Cusco’s main square. But the city has one problem – an overwhelming stray dog population.

Though the dogs may seem harmless to locals and visitors, they’ve been deemed a public health issue. A lack of food forces the dogs to look for scraps in the trash exposing them to illness and disease. These stray dogs aren’t spayed or neutered, and they often mate, perpetuating the issue. 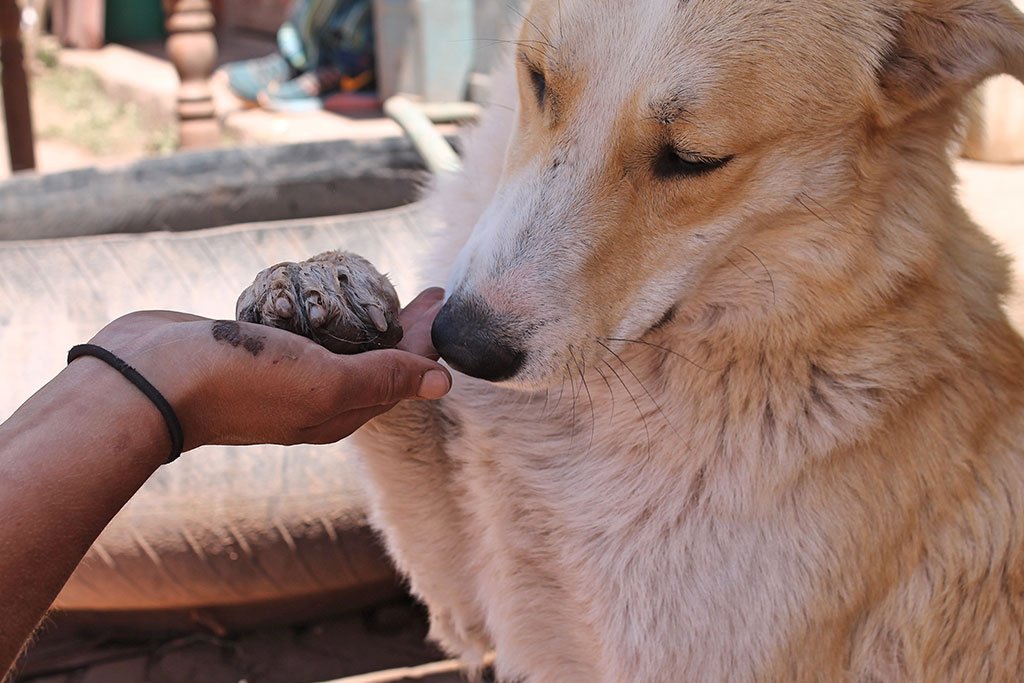 Keeping these street dogs safe and healthy is the ultimate objective of the dog shelter projects at Maximo Nivel; taking them off the streets and into shelters, ensuring their physical health, and encouraging their adoption. We sat down with Jessie to discuss her experience as a month-long dog shelter volunteer in Cusco.

Were you shocked to see as many street dogs as there are in Cusco?
I did my research before enrolling in the Animal Care program in Peru because I wanted to make sure I would be volunteering in a place where I was needed. I kept reading about other experiences and just general travel blogs that mentioned all the street dogs roaming about. But honestly, I wasn’t prepared for the amount I actually saw while I was in the country. Packs of dogs freely roam the square and the surrounding streets. It’s apparent that they desire companionship and their malnourished figures made me realize I made the right decision to choose Cusco for my project. 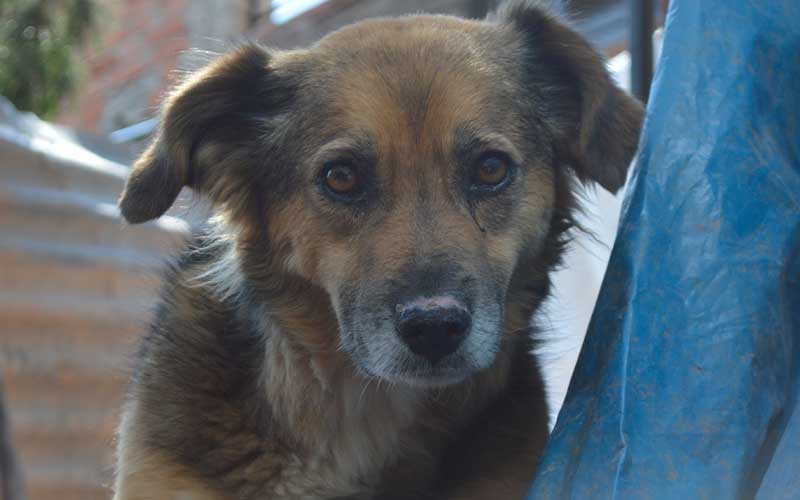 Can you tell us a little bit about how the dog shelter is attempting to change the narrative around the stray dogs of Cusco?
The founders of the shelter where I volunteered are passionate about helping stray dogs that have a story of abuse and neglect. Contrary to what most would believe, most of the dogs aren’t aggressive at all. Most are playful and seek attention from their human counterparts. The shelter cares for the animals by providing a safe home, food, grooming, and most importantly, care and compassion. Stray dogs sometimes face violent offenses and aren’t treated humanely. They hope to be able to prove that it’s important to show compassion to all living beings. They work to ensure that the dogs are adopted into a loving home. 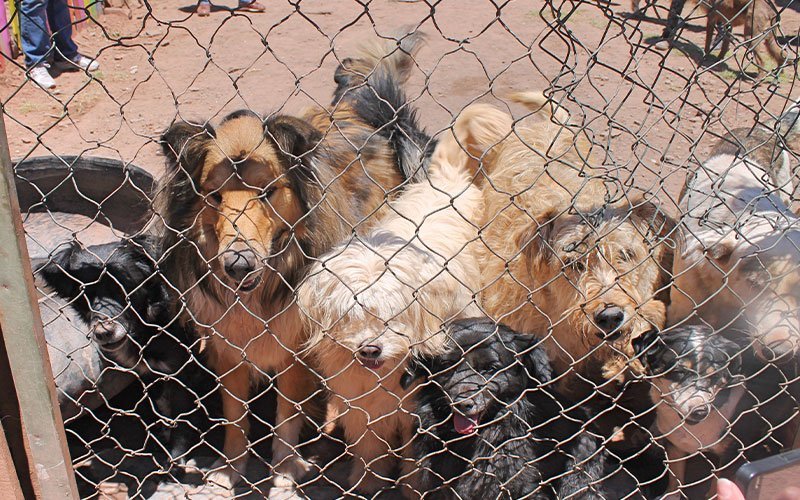 What was your impression of the shelter?

When I arrived, I noticed the very basic facilities and resources used for such a great mission. The basic kennels built by previous volunteers still had no floors, so donated towels and blankets were used to provide warmth and comfort. The only source of running water was cold and was shut off during the day. It was important to make sure that the dogs had enough water until it started running again.

Another realization was the location. I learned that the shelter had to move several times due to issues with previous landlords and neighbors. Unfortunately, the landlords and some members of the neighborhood didn’t share the same mission and tried to create problems forcing a relocation. 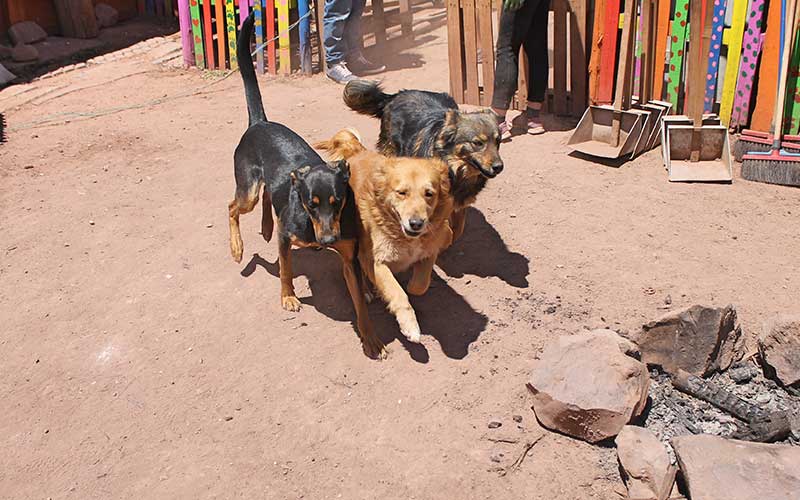 How did you contribute to your role as a volunteer? Do you feel you were able to make a true difference?

I think I definitely helped to relieve some stress and workload while I volunteered. Due to the complexity of the problem it is hard to make a lasting difference, but for the month I volunteered, I could sense some relief and the owners were tremendously grateful for having me around.

I would arrive in the morning and be greeted by wagging tails and pants of excitement. After our morning love session, I would make sure to fill all of the food and water bowls and monitor the dogs and pups while they ate. If I noticed any unusual behavior, I would make sure to inform one of the owners right away. After breakfast, I let the dogs out for play and interaction while I cleaned the kennels and did any needed laundry. I stored water in buckets that could be given to the dogs after playtime while the water system was shut off.

I’d routinely speak with the owners about any updates on adoptions or the health status of the dogs that I should be aware of. Sometimes, in the afternoon, I would give baths to the dogs whose turn it was and ran around with them some more until it was time to go. 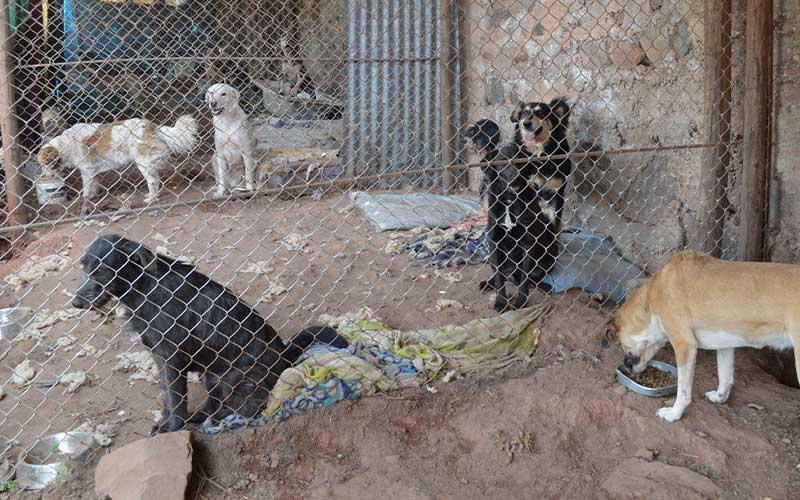 What was one significant thing you learned during your time at the dog shelter?

I was surprised by the apathy lots of people had for the welfare of the dogs. When I learned that the shelter had to relocate several times, I realized that Peru’s culture still wasn’t one that placed much value on the lives of stray dogs, specifically. Coming from a country where pets are considered family members It was actually kind of surprising, but it made me value organizations like these that continue to do their best despite the difficulties. It’s definitely not easy caring for numerous dogs as a two-person team, but their determination to make these strays’ lives a better place was truly inspiring.

Do you have any stories about some of your favorite dogs?

Actually, in addition to working with dogs, my own host family owned two dogs that they kind of adopted off the street. The story goes that the dogs often wandered the neighborhood together as a tag team. Everyone knew they were hungry and looking for food, so my host mom just started putting something out for them during the summer months. They came back every day around the same time and the family affectionately named them Chicho and Chichu.

Then, as the season began to change, my host mom started worrying about the dogs even more. Where were they going? Did they have somewhere warm to stay? The family knew the honest answer was no. Although there was some resistance from my host dad, he eventually gave in and they let the dogs stay inside the garage overnight. Nothing much has changed since. The dogs have their breakfast and are let out of the garage to roam the streets, then they come back for dinner and sleep on some blankets through the night. It’s sort of an open adoption situation. 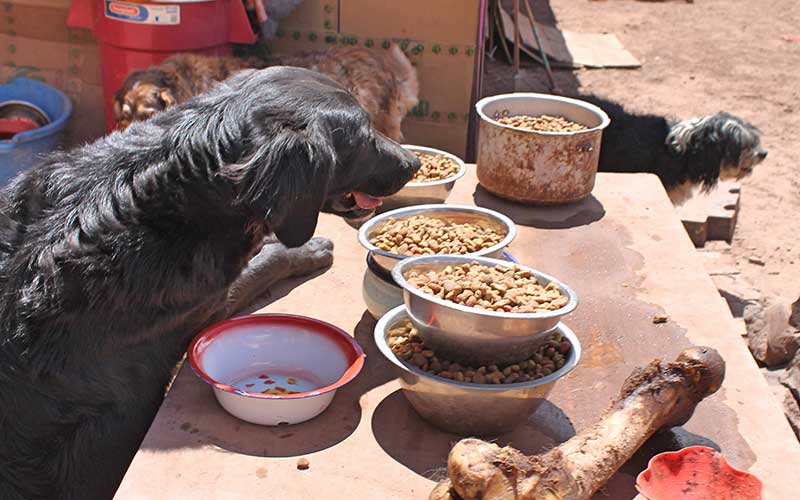 I’m sure working in the dog shelter you learned it could be pretty dangerous to directly adopt dogs off the streets?

Yeah, I also had some concerns when I first heard the story – as fascinating and heartfelt the story was. But one thing I learned while traveling, and even through experiences back home, is that you can’t overstep your boundaries. Although something might not seem like the best idea to you, you must respect other people’s decisions. I know the family is coming from a good place and it’s nice knowing Chicho and Chichu have a warmer place to stay and food to eat. It’s obvious that the family and the dogs have built a bond of trust and mutual respect, and they kind of complete the family unit.

Good point! Aside from the dogs, what did you like most about staying with a host family?

Honestly, I really just loved being with a family! It was my first experience staying with a host family. I usually stay at hostels meeting other travelers and the local staff but being able to wake up in a home and have dinner around a table with people who share such a sacred bond was really special, even if I had to take cold showers sometimes! They made me feel so welcomed and it really helped to develop my Spanish vocabulary. 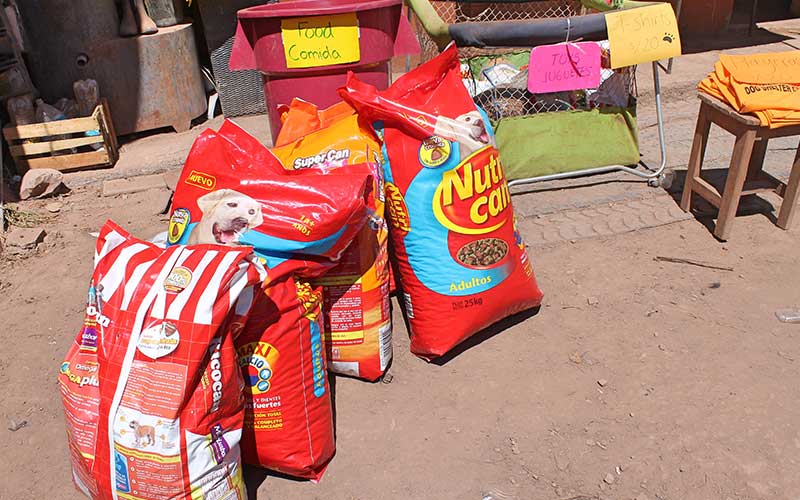 Any suggestions for others interested in rescuing street dogs in Cusco?

Prepare to work with basic resources. Think of the most basic dog shelter you can imagine back home, and then prepare for even more basic. And be open-minded. The owners may not have much in terms of material goods, but they have a lot of heart! They do their best, and it’s necessary that volunteers work just as hard. That being said, if you can donate blankets, dog food, grooming items, chew toys, snacks – anything! It’s helpful. I wish I knew this before arriving, but once I realized I went out and bought some stuff for them.

Respect is another biggie. Respect cultural differences and realize that just because you do things one way does not make it the right way – it just makes it your way. There are other ways – oftentimes you’ll find more effective ways – of achieving the same goal. Go in with the right intentions and you’ll be rewarded tenfold.