After some major life changing events, Tracy Gehlbach decided to do something completely different – she decided she would learn a new language in a new country. With three kids in tow, Tracy decided to spend time at Maximo Nivel in Costa Rica exploring Manuel Antonio’s rainforest, getting to know the locals, and interacting with everyone she can using her newly developed Spanish skills. Here’s her story.

I first learned Spanish in high school MANY years ago, and it was in a traditional classroom setting. I did well in the class, but I do not recall that we focused much on conversation. I remember mostly focusing on vocabulary and grammar. Honestly, I did not use my Spanish much at all after high school. Living in Texas, I certainly could have had the opportunity, but didn’t take advantage of it probably because I felt that my conversational skills were so lacking. 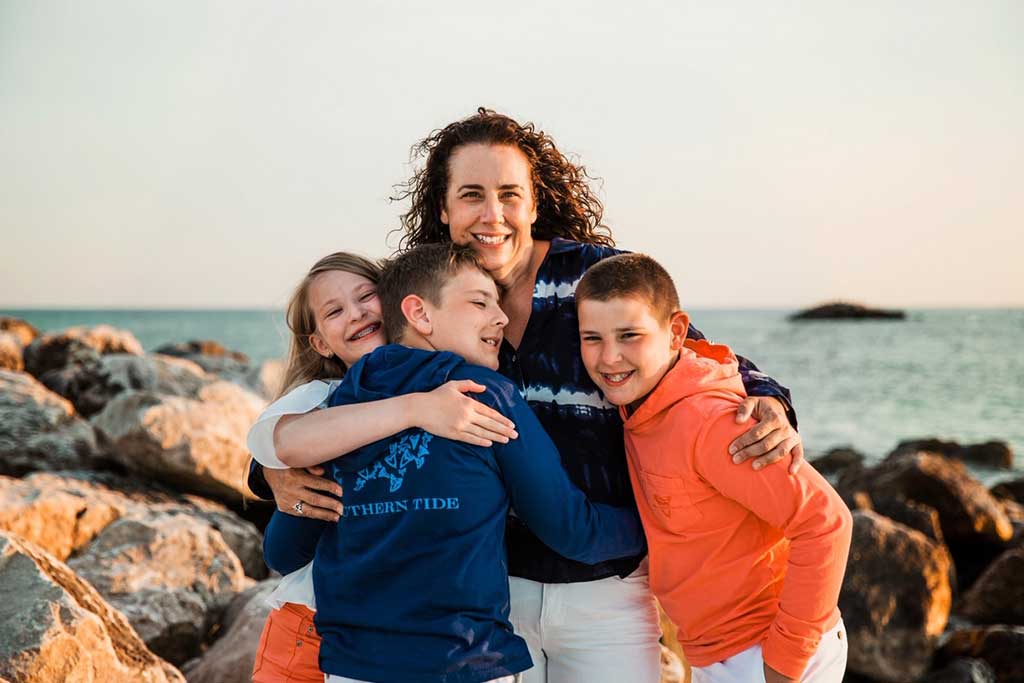 There have been tremendous changes in my personal life, which is what inspired me to do something completely different – study a foreign language abroad. I am re-entering the workforce after 13.5 years as a stay-at-home mom, and I know that being conversational in a second language will make me more competitive in the job market. Studying Spanish in Costa Rica was an easy choice. I’ve always had a love for international culture, and a particular interest in Latin America. However, the advantage of speaking a second language doesn’t stop at becoming more marketable in the workplace.

Learning a second language gives you a new perspective into how difficult it can be for non-native speakers to learn English; it makes you more empathetic to the struggles that individuals face during this process. In fact, I believe that promoting Spanish as a second language for states such as Arizona, California, Florida, New York and Texas would have a far-reaching impact on cross cultural understanding between communities. I mention these states, specifically, because of the large Spanish speaking population found in these areas. Learning Spanish can foster deeper relationships with people you might have missed an opportunity to connect with. 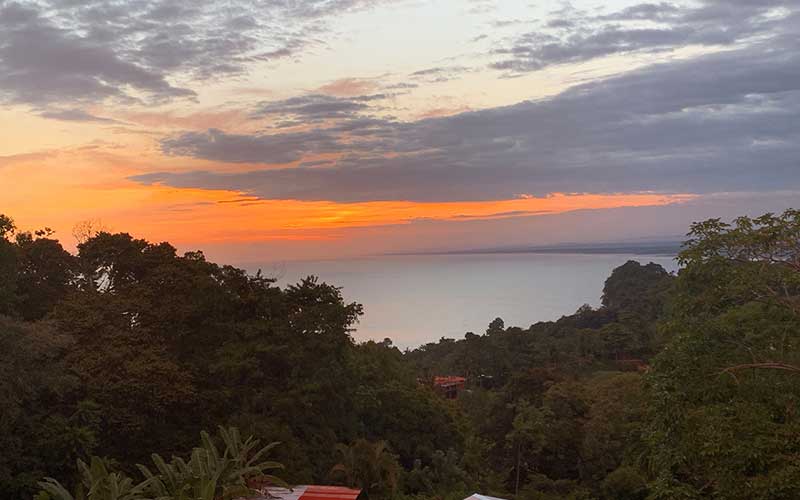 For me, Costa Rica was an easy sell. I’ve always wanted to visit, but when I saw the pictures of Manuel Antonio, there was no question which campus I would choose. The ocean, the beach, the rainforest – it was all just perfect.

I ended up participating in the program twice. The first time for almost two weeks and then the second time for just three days. During my first visit, my teacher and I were close in age and had very similar life experiences. We easily connected and were able to talk and laugh with each other. I think that definitely helps because it makes you work harder to try to use your Spanish to converse because you genuinely WANT to talk with that person.

For my second visit, my teacher and I did not share the same commonalities; however, we established a connection in other ways. For example, my oldest son is on the Autism Spectrum and my teacher’s grandchild is on the Spectrum. This gave us a connection quickly and established a foundation. Although my teachers were very different from each other, I absolutely loved both of them.

Group lessons allow you to hear other individuals’ pronunciation and provide assistance to your fellow group members, if needed. I think that this really gives you a chance to reinforce and practice your own skills. It also provides a mock social setting that is closer to what you would experience in the “real world”. The only downside I would imagine could be if you are learning at a pace that is either faster or slower than your group – that might cause some frustration. However, I think that even if that is the case, there are still things to be learned in that situation. 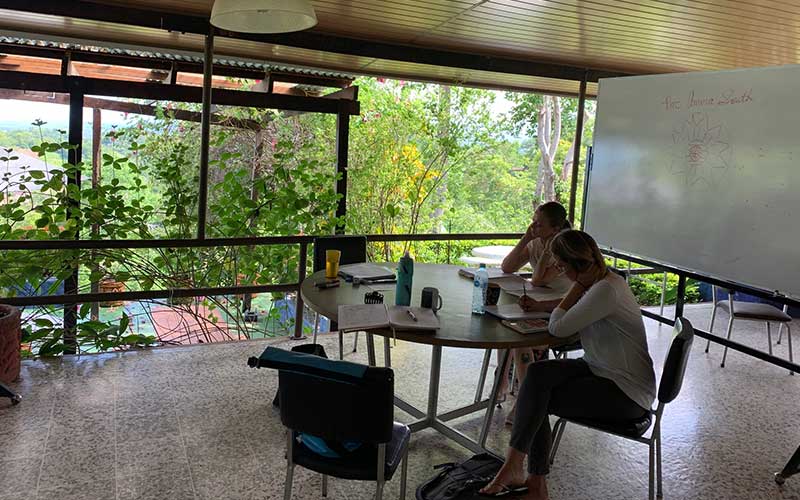 Outside of the classroom, there are infinite opportunities to practice and interact with native Spanish speakers. During your commute to and from campus, you might interact with the bus driver, traveling locals, and friendly neighbors. Then, when you are on campus, you have opportunities to practice your Spanish even more. For example, the women that work at the café only speak Spanish. In addition, there are other teachers and students with whom to practice.

The immersion program keeps you surrounded by the language, so much so that it is almost impossible NOT to start thinking and dreaming in Spanish. You become very aware of all the different conversations around you and start picking up more and more each day. The staff at my hotel knew I was learning Spanish and there were some days they wouldn’t allow me to speak English at all! That fantastic crew really encouraged me to develop my language skills as much as possible.

I absolutely think that staying with a host family could have helped to advance my Spanish skills even more. I know that there would have been huge benefits to having more opportunities for conversation, however, I chose not to stay with a host family for many reasons personal to me; 1.) I have just gone through a divorce, and 2.) I have 3 children – a 12 year old boy on the Autism Spectrum and 10 year old boy/girl twins.

I knew that I would need time to decompress each day after class and honestly, just a lot of solitude to reflect on the changes in my life – both in the past and upcoming changes in the future. I made the right decision for me this time around, but if I were to return, I would consider the host family option. 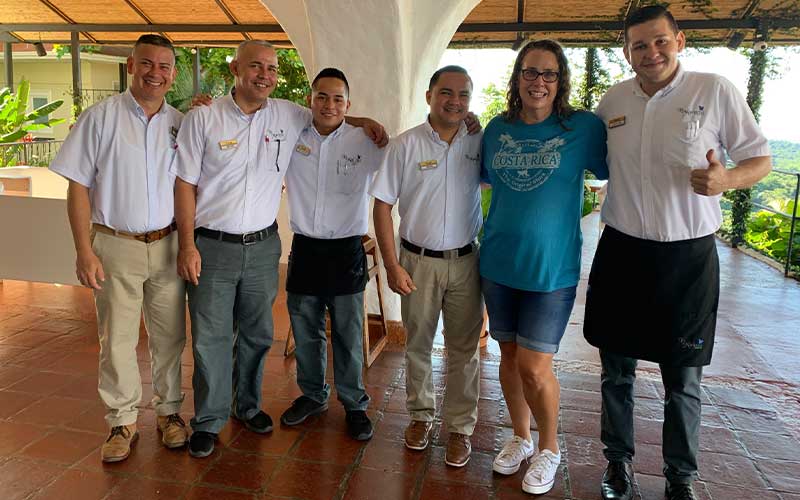 I think that the thing that surprised me the most about Costa Rica is how genuinely friendly the costarricenses were toward everyone. It was incredibly easy to have conversations with the people of Costa Rica and it was obvious that they were sincerely interested in me. This ranged from just random people on the street, to people on the beach, to people in my hotel, to people at Maximo Nivel, without exception.

I made sure to visit Manuel Antonio National Park while I was there and was able to take a full tour with a guide, which I highly recommend. They have high definition telescopes that allow you to see the wildlife up close. They can also put your cell phone right up to the telescopes and take incredible pictures for you to share back home. 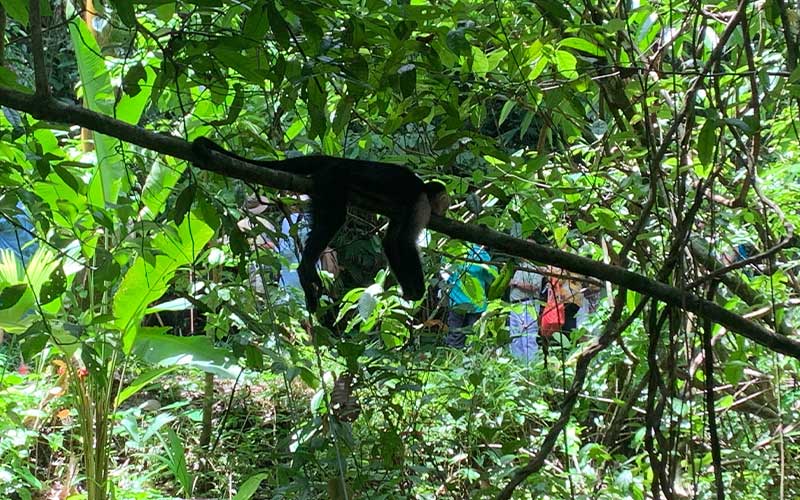 I would tell anyone even remotely interested in participating in a language immersion program abroad to just do it. It doesn’t matter how long it’s been since you studied a foreign language, or even if you’ve never studied one at all. Do it and let it be a life changing experience, because there is so much more that you gain from it in addition to learning a new language.

Studying abroad has broaden my cultural outlook, allowed me to gain an understanding of another country, and an appreciation for another group of people. Once the language barrier began to diminish, I quickly learned that we really aren’t that different from each other. It’s unlike anything I’ve ever done before.

Learning a new language isn’t easy and your brain will be exhausted, but you will never regret it. Then, when it’s done, you will wish that you could do it all over again.