Maximo Nivel’s childcare volunteer projects take volunteers on a mission for good through Latin America. Volunteers get involved with assisting understaffed after school programs and daycares at local community centers which are vital programs for working families. While mom and dad are at work, volunteers foster a structured educational and nurturing environment that contributes to a child’s emotional, social, and academic development.

Ava is a recent childcare volunteer from Australia who dedicated six weeks to a project in Costa Rica. We reached out to get some insight into her experience. Here’s what she had to say about her placement as a childcare volunteer in the beach town of Manuel Antonio. 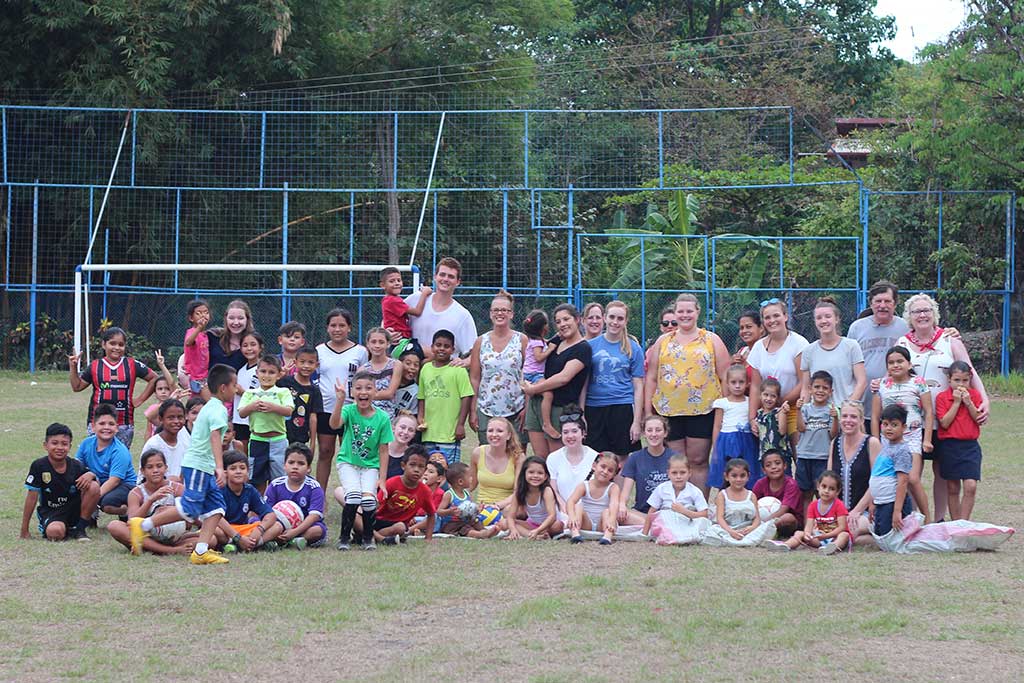 Why did you choose to travel across the world just to volunteer in Costa Rica?

This is the farthest I’ve ever been from home, but I wanted to experience something completely different. More than just the language – I’ve been to Spain twice – I wanted to experience the Latin American culture. Costa Rica just seemed like a good fit. I’m a very basic Spanish speaker, and Costa Rica has a large ex-pat community. I wanted to feel immersed in the culture, but not so lost. It was a really great balance for me.

Have you ever volunteered abroad in the past?

No. This was my first time. To be quite honest, I was a bit hesitant to choose a childcare volunteer abroad project. There’s some negative press out there, but I really wanted to work with kids because I’m a pre-school teacher. During my research, I realized that the negative press was entirely dedicated to volunteer placements in orphanages, mostly in Asian and African countries. Apparently, many of the children have living parents somewhere in the country, but they’re sort of forced to be away from them to continue to recruit volunteers. It’s a bit disturbing.

I looked into many different programs, and I felt comfortable choosing Maximo Nivel. All of the children I worked with came from stable family homes. I worked in a community center that provided daycare and afterschool services. By 6 PM, all of the children were picked up by their parents. We were there mostly to fill-in as staff during our volunteer time.

These smiles are what I’ll miss the most 💙 #maximocostarica

Can you walk us through a typical day at the center?

Volunteer shifts lasted 4 hours per day. Usually, a volunteer would choose either a morning or afternoon, but I wanted to do as much as possible while I was there. I asked a field manager if it would be possible for me to work mornings on Mondays and Wednesdays, and afternoons every other day. The Maximo staff was really kind and flexible and made an exception.

Therefore, in the morning, I and another volunteer immediately got to work in the kitchen where we helped prepare meals for the toddlers who were still too young to be enrolled in public school. During this time, the two full-time staff members tended to the infants. Still, there were two additional volunteers getting the kids to wash their hands and settling them into their seats for breakfast.

After breakfast, the children were responsible for bringing their dishes to the kitchen where some of us would clean up while the rest of us, again, helped the children to wash their hands and faces. After they were settled, we broke the kids up into groups of 4 or 5. Every group started at a different station; art, song and dance, numbers and spelling, and sports. One volunteer was responsible for each group, and students rotated stations every 30 minutes. Once the children got a turn at each station, they had one hour for free time. During free time, some volunteers supervised, while another assisted in the infant station, and another prepared lunch with a full-time staffer.

After lunch and washing, the after-school kids began to arrive. This is where the morning shift ended, and even more volunteers came in to help in the afternoons with the additional kids. Afternoons were busier and more volunteers were dedicated to this shift.

The afternoons went from 1 PM to 5 PM. We helped the older kids with their homework, provided basic English lessons, and led sports competitions until it was time to be picked up by their parents. Half of the volunteers worked with the older children and the other half tended to the younger children.

Do you feel like you’ve made an impact at the center?

Some of the kids had been attending the center for years, and they met volunteers from all over the world. They would recount stories of past volunteers, things about their countries and cultures, the songs and games they’d learned, and photos and letters they still received that were posted on a bulletin board. One time, I asked if they really missed their favorite volunteers and many of them responded with an enthusiastic yes, but they were surprisingly mature with their responses. One little girl named Olivia said she was so happy to have met a previous volunteer named Amy. She expressed how sometimes she felt sad that she couldn’t see Amy, but then she thought about being away from her own family and how she wanted Amy to be happy with her mum and dad.

How has your volunteer experience impacted you?

I was so taken aback by Olivia’s response. Working with children for the past 3 years, I’ve come to learn that you can never really expect anything from them. They’re constantly surprising you. It really made me feel so grateful for being able to provide a positive experience and encounter for these kids. Travel and culture are so important when it comes to developing empathy, and so I’m really happy that we can contribute something in return for their hospitality and openness. It really makes me feel a sense of pride to be able to do something positive and not expecting anything out of it in return. And yet, I’ve gotten so much from this experience.

What do you think critics get wrong about childcare projects?

I think the critiques are mainly on the orphanages that perpetuate harmful child development. I think it’s important that people understand that not all childcare volunteer abroad projects are created equal. In the case of my childcare project in Costa Rica, the children are not separated from their families. The projects are simply created to provide solutions to childcare for working families. There is no cost to the families, and it’s a very important resource for many in the community. Without these projects, I’m not sure where or who the families can turn.

What is your advice to those interested in volunteering in a childcare project?

Research, research, research! Ask the tough questions. Gather as much information as you can and only support projects with the best intentions for the children, the families, and the communities. Also, know that your role involves way more than just kicking a ball around with kids. Volunteers often rotate roles which include cleaning and maintenance, lesson planning, teaching, tutoring, coaching, arts, and more. You must be creative; you have to have compassion; you have to take initiative; and most importantly, you have to be present.